Skip to content
Many survivors mourn the loss of the life they feel they were born to live, as the ripple effects of abuse lead them in a different direction. Often times, as they heal, survivors have to cut toxic people out of their lives to continue on their path to recovery. Sometimes, that entails another major loss – the loss of his or her family. This is a dilemma many, many survivor’s face and we’re very grateful to share Miranda’s story and powerful point of view on this topic today, as part of the #SurvivorsEmpoweringSurvivors Series. 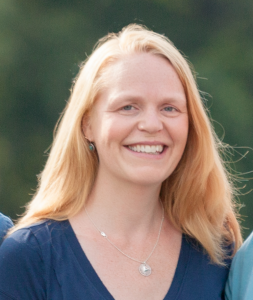 I have come a long way. From the fractured child who was silenced when I tried to speak up about my abuse to the whole and healthy woman I am now. I rose from confusion and pain, and faced what I knew to be true. But like many other abuse survivors, I paid a painful price with regard to my family of origin. I tell my story not just because it helps me heal, but to help other survivors who recognize my struggles in their own lives – in the hopes that they will feel less alone.
It was always complicated with my family. When I was twenty-five, I revealed that I had been sexually abused by my older brother as a child. My mother and older sister believed me and even expressed regret that they hadn’t prevented it. The brother who perpetrated the abuse wrote and told me he was sorry, at least at first.

The problems with my family started when it became clear that I had a lot more to say. I needed to focus on what had happened to me in order to heal. Living in the truth meant holding my brother responsible, examining the environment that allowed it to happen, and trying to prevent further abuse by pointing out red flags and problematic behavior that still existed within our family.

With hindsight, I was probably naive to think that we could address dysfunctional patterns together, learn from them and go forward. Instead, my family members seemed increasingly aggravated with me as I refused to move on from the subject. My sister suggested that I be grateful for my brother’s apology. “What more do you want?” she asked. What I wanted was more than a closed door and a singular acknowledgment of an event that changed my world forever, instilled me with shame, stole my innocence and shook my sense of trust.

I felt like I had become the family troublemaker. As a child, I had been taught to be quiet, to read the temperature in the house and adapt my behavior to avoid conflict and chaos – if that was even possible. I was an adult now, with my own family and out from under their power. But when I spoke up, I still felt shut down. I had pointed at the Emperor and declared that he had no clothes. It was not a popular move.

I began to stand up for myself more than ever. I pushed my mother to hold my brother more accountable for his treatment of me since I had revealed the abuse. She defended him, insisting that he was a “good person,” even after he said he pitied me, told me to stay away from him until I changed back to the way I used to be, and suggested I get a refund for my therapy. In certain moments, my mother’s capacity to understand my stance and provide empathy appeared to be just out of reach. She seemed to grasp the truth she’d been denying as she acknowledged her mistakes with words of regret. But these flashes of insight never seemed to last.

The abuse had long ended. The shame and self-doubt that had haunted me through my childhood and adolescence were healing nicely with therapy and time. Yet, my pain was still alive and well. Now it was centered in a desperate desire to gain my family’s understanding and support. I would never accept feeling that my voice was being ignored again, just as it was during my childhood.

I loved my mother and wanted to continue our relationship. But to do so felt like I was betraying myself. Eventually, I found a way to live with this dilemma. I decided that I could love my mother for her many positive qualities (including her love for my children) without accepting that she couldn’t see what I needed, and why it mattered so much. I kept her in my life and we maintained a level of closeness. Of course, I made a point to speak up and stand my ground whenever I felt the need, even if it brought about discomfort or confrontation. For a long time, this arrangement worked for us, more or less.

Throughout this journey with my family, it occurred to me that there must be many more people like me: sexual abuse survivors whose family relationships added to their pain. I wanted to shine a light on this subject and create a community of support. I decided that I should write my story.

Not really knowing where to start, I practiced my writing and learned more about family reactions to sexual abuse survivors. There were doubts and concerns that slowed me down, though. I was hesitant because I knew that going public with our family secrets would likely cause greater conflict with family members. Perhaps they would even retaliate against me.

While my goal has never been to stir up trouble, sometimes it can’t be helped when standing up for what I believe is right and just.

I worried about my kids too. I have always focused on giving them the kind of safe, nurturing home that I never had and I was reluctant to tell them my abuse while they were still young. I wanted to protect them from the darkness that I had left behind. Also, I worried that if I wrote about my story while they were still in school, they would feel embarrassment or shame among their peers. I also feared that they would lose their grandmother.

As it happened, I ended up feeling that I had no choice but to break most of my ties with my mother. She and others in the family had attached themselves more intensely to the brother who abused me, aligning with him in ways that I experienced as deeper levels of betrayal. At the same time, I felt my mother’s opposition toward me increase. Finally, I reached the limit of what I was willing to accept. I was exasperated, infuriated and just plain tired after a lifetime of feeling dishonored by the people who were supposed to love me the most.

I stepped away from my relationship with my mother and decreased the little contact I had left with other siblings. For about a year, I grieved for the loss of my first family and the lifelong hope that they would ever protect or truly support me. Then I took my first steps forward with a lighter heart – and a mission. I am writing now. I hope that through my story, I can offer solace and a sense of recognition to others like me. I recently created a Facebook page and Twitter account to offer support and solidarity to fellow survivors, called The Second Wound: Coping with Family while Healing from Sexual Abuse. I have blogged for other sites, including Trigger Points Anthology.

Now that my kids are older and know the truth, I’m working on larger projects as well.  It still takes courage to put my story out in public, but it also feeds my spirit and gives my pain a purpose. The wound of losing my family never subsides – it just loses its sharp edge in increments, and some days are definitely worse than others. But every message of solidarity or support reminds me that I am raising an important aspect of the effects of abuse, and that survivors like us don’t need to be alone in our struggles. We can join together in the truth and create a different kind of family.

Bio:  Miranda Pacchiana is a mother of three and a social worker who lives and works in Sandy Hook, Connecticut. She has started a Facebook page and Twitter account called Second Wound: Coping with family while healing from sexual abuse.

12 thoughts on “A Second Wound: A Survivor’s Decision to Cut Ties with Family”